"The carbine was the traditional `saddle gun' of the west. Originating in the Civil and Indian wars, the historic lever action rifle was a quick handling, light, fast firing rifle with high magazine capacity - a role now filed by modern semi-automatic rifles."

Wyoming Governor Matt Mead came to us with the idea to run a "Big Match" in 2017 in order to promote excellence in the shooting sports and to showcase Wyoming's own firearms industry.

We are pleased to be able to bring you the 2017 MAGPUL Wyoming Governor's Match, an individual multi-gun match for a modern semi-automatic rifle and modern service pistol. An AR-15 and a Glock or SIG are perfect for this match.

Stages will be action-oriented "3-Gun-Style Stages",
however,
we are only shooting rifle and pistol -- no shotgun.

This is an "Outlaw" match.
OFFICIAL FOOTWEAR SUPPLIER - LA SPORTIVA

Thanks to all the shooters, volunteers, and sponsors who helped to make this event happen. Thanks also to Governor Mead, his staff, and the other state employees who believe in promoting shooting sports in Wyoming. Here are the results in the three divisions:
TACTICAL RESULTS
LIMITED RESULTS
OPEN RESULTS
OVERALL RESULTS
Please take a moment and thank our sponsors; the list is here: MGM SPONSORS

See everyone in two days.

Former US Navy SEALs Commander Rorke Denver will be giving a Welcome speech at the Shooters Meeting, Thursday afternoon, at the 2017 Magpul Governor’s Match!

There are still a limited number of match slots available, sign up now!
WEB SITE

With the match coming up in about 10 days, here are some notes about the Magpul Governor’s Match:

1. SQUADDING. Each small group to elect ONE CAPTAIN ONLY. That group captain will collect the names of people who want to be on the same group. Groups should be 6 or fewer people. That group captain ONLY will send ONE EMAIL to info@competition-dynamics.com Make sure the subject is “MGM SQUADDING”. We cannot ensure that all requests will end up on the same squad. We will ignore any names that are not currently signed up. Orphaned group requests (ie, those outside of a captained-group) may be ignored.

2. ROUND COUNTS. 200 rifle, 200 pistol should be more than enough to shoot the match. Bring extra if you tend to shoot extra, or if you will shoot extra in the side matches.

3. SIDE MATCHES. We will have a machinegun side match, a transition side match, a Wyoming 100 side match that will be live during regular match-stage hours. Some “may” be open on Thursday.

4. VENDOR DEMO SHOOTING. There will be some vendor demo shooting on Thursday.

5. “SIGHT IN”. We will gave a relatively short range (ie less than 100 yards) zero-check and function check range available on Thursday for competitors.

6. CHECK-IN / LATE REGISTRATION REMINDER. EVERY SHOOTER MUST BE PRE REGISTERED. THERE ARE NO EXCEPTIONS. If you want to shoot this match, make sure you are signed up ASAP. To be signed up means you have a registration confirmation number and the registration is paid on time, and that your online registration shows the CONFIRMED status. If you have a registration in NONPAID or WITHDRAWN status, you are NOT signed up. If your registration is in “Slot Granted – Pending Payment – Delinquent” it means your slot is not guaranteed and you must rectify the payment status ASAP. If you are “Slot Granted – Pending Payment” status, please pay ASAP. If you are not pre-registered, do not plan to “walk-on.” You must be pre-registered per the above criteria to shoot this match.

7. RANGE CLOSED TO COMPETITORS UNTIL THURSDAY 0800.

8. WAIVERS. Everyone on the range will have to sign the CD waiver.

9. WALK THROUGHS. Most stages will be available for walk-throughs starting at 0800 Thursday. During the match times starting 0800 Friday, it is requested that all competitors STAY OFF stages unless your squad is scheduled to be on the stage at that time. Each squad will get an official briefing when it is to report to the stage and a very brief time period for final walk-throughs then (like a combined briefing and walk-through time of about 5 minutes).

10. FOOD VENDOR. We will have a food vendor on site for Breakfast and Lunch Thursday through Sunday. In addition, Monster Energy will be on site with refreshments.

11. REGISTRATION STILL OPEN. We still have a few slots left for this match. Please sign up ASAP.

12. LATE PAYMENTS. We will check the PO Box one final time on Friday July 28th. If your payment is not delivered by then, you must bring it in cash or check format to the match check-in. No competitor will be allowed to check in who is not paid.

The Magpul Governor’s Match is coming up in just under 5 weeks. Here is some important information about sign-up for this match.

EVERY SHOOTER MUST BE PRE REGISTERED. THERE ARE NO EXCEPTIONS.

If you have a registration in NONPAID or WITHDRAWN status, you are NOT signed up.

If your registration is in “Slot Granted – Pending Payment – Delinquent” it means your slot is not guaranteed and you must rectify the payment status ASAP.

If you are not pre-registered, do not plan to “walk-on.”

You must be pre-registered per the above criteria to shoot this match.

FAQ #1 for the Magpul Governor's Match

2. Are the stages “combo” stages or are they pistol or rifle only? Plan on 2 single carbine stages, probably a single pistol and the rest combo stages with pistol/carbine, carbine/pistol mixed

3. Will the stages be posted in advance so that shooters can determine their equipment needs? CD does not post stages a head of time, very few matches do this

4. Will there be squadding since there is 3 days of shooting and shooters need to arrange work, travel and lodging plans? Yes there will be squadding. We will send out a squad request solicitation email about 2 weeks out from the event with instructions on how to submit squad requests.

5. Your website says targets to 400-600 yds. Will you post what KIND/SIZE of target that is? There will be a maximum of 1 or 2 stages with targets out beyond 400 yards. These will be reasonably large, e.g. 2-3 MOA or larger. We use AA Targets systems.

6. What kind of targets will be used for rifle? AR 500 reactive steel at safe ranges and paper, on steel spotter will call hits

7. What is the prize table policy? Shooters will walk the prize table in order of finish in their class they chose to shoot in, there will be special awards for LE, MIL, Female and Junior. As of 6/29, the total MSRP value of goods on the prize table was at least $80,000

8. $295 seems kind of steep for a match fee. Major level matches with a prize table valued at roughly $1000 per person average, are about $100 per person per match-day. The MGM is actually a little cheaper per person per day than our other matches.

9. What are the side matches and for what weapons? The Wyoming 100 will be set up for shooters to see where they stand at against everyone else, Machine gun tours will be there with a MG side Match of some sort with a cash prize payback, and there will be some standards-style size stages.

10. Will there be concessions/food on site? Yes, this is being arranged by the Governor’s Office

11. In regards to teams, what are the rules? Teams will (must) be in the same class, shooters can jump from Tactical class to open class and vice versa, but will qualify for the rifle portion easy enough, there must be 5 or more in the same class for the team shoot, if not everyone will be lumped together and scored heads up.

We will post additional FAQ’s as more questions come in.

A little more than two months from now, Competition Dynamics will be administering one of the biggest action shooting events in the state of Wyoming to date.

The Magpul Governor’s Match, will take place August 3rd-6th 2017 at the Otto Road Range, 10 minutes from Cheyenne, Wyoming. This event will be a 2-gun format: pistol and carbine (ie, semi-automatic rifle). The stages will be scenario based “run and gun” type shooting.

Governor Mead will be present and onsite for this event. With many other local agencies involved, it promises to be “the event of the summer” with all the stops pulled out. With this event the state is promoting shooting sports within the Wyoming, and is making a huge push to get shooters, as well as shooting industry types more involved within the state.

Notable generous local Gold sponsors for this event include, Magpul, Thunder Beast Arms, Gunwerks, and Hi Viz Sight Systems. These sponsors are thriving in Wyoming and are supporting the event in massive way. Plus there are many other sponsors involved in supporting and sponsoring the event along the Colorado front range as well.

Prize donations are in upwards of $100,000, plus there is a special prize donated by the state that is worth around $20,000, a fully inclusive Elk hunt. This special prize, a “commissioner tag”, and if chosen must be donated to the winners charity of choice, examples would be Rocky Mountain 3-Gun, Rocky Mountain Elk Foundation, NRA and so on.

There are still limited slots available, and you can sign up at http://competition-dynamics.com/

Match information, as well as the complete rule set can be found at www.competition-dynamics.com.

We hope see everyone here for this historic event. And keep an eye out as the time gets closer for updates.

Carbine targets will be mostly within 80 yards, with a few targets out to 400-600 yards.

Since the MGM has a bunch of new-to-action-shooting competitors, we’re going to flesh out some commonly asked questions and answers.

How does scoring work?

Each stage will be scored “time plus penalties”. Time plus penalties means you take your raw time, add the seconds prescribed by the briefing packet per penalty type for each penalty incurred to get your net stage time. The fastest net time per division gets 100 stage points, everyone else gets a fraction of that based on his time divided into their time.

Penalties include: failure to neutralize (FTN), un-hit, no-shoot, and procedural. FTN’s are +5 seconds, the rest are all +20 seconds, each occurance.

What hits are required on a paper target to neutralize?

Unless otherwise briefed, paper targets will require 1 A zone, 2 C zone or better, or 4 D zone to neutralize.

What is the penalty for Failure to Engage (FTE) ?

There is no separate FTE penalty. An FTE’d target would fall under UNHIT. 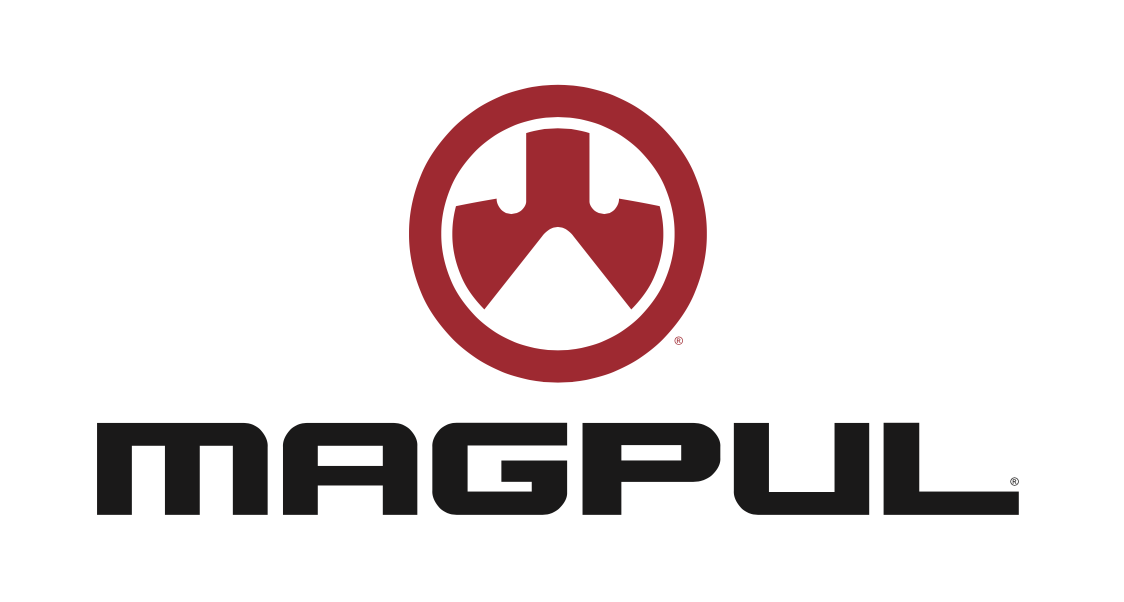 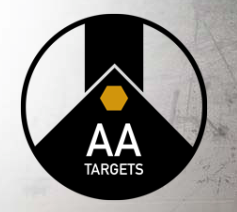 AA TARGETS is a SERIES SPONSOR for 2017

MACHINE GUN TOURS is a SERIES SPONSOR for 2017

MILE HIGH SHOOTING ACCESSORIES is a SERIES SPONSOR for 2017 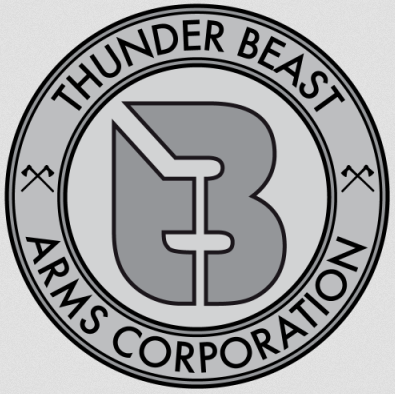 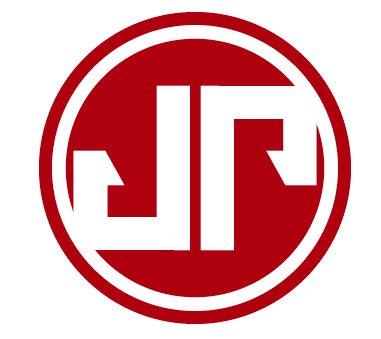 BISON TACTICAL is a SERIES SPONSOR for 2017 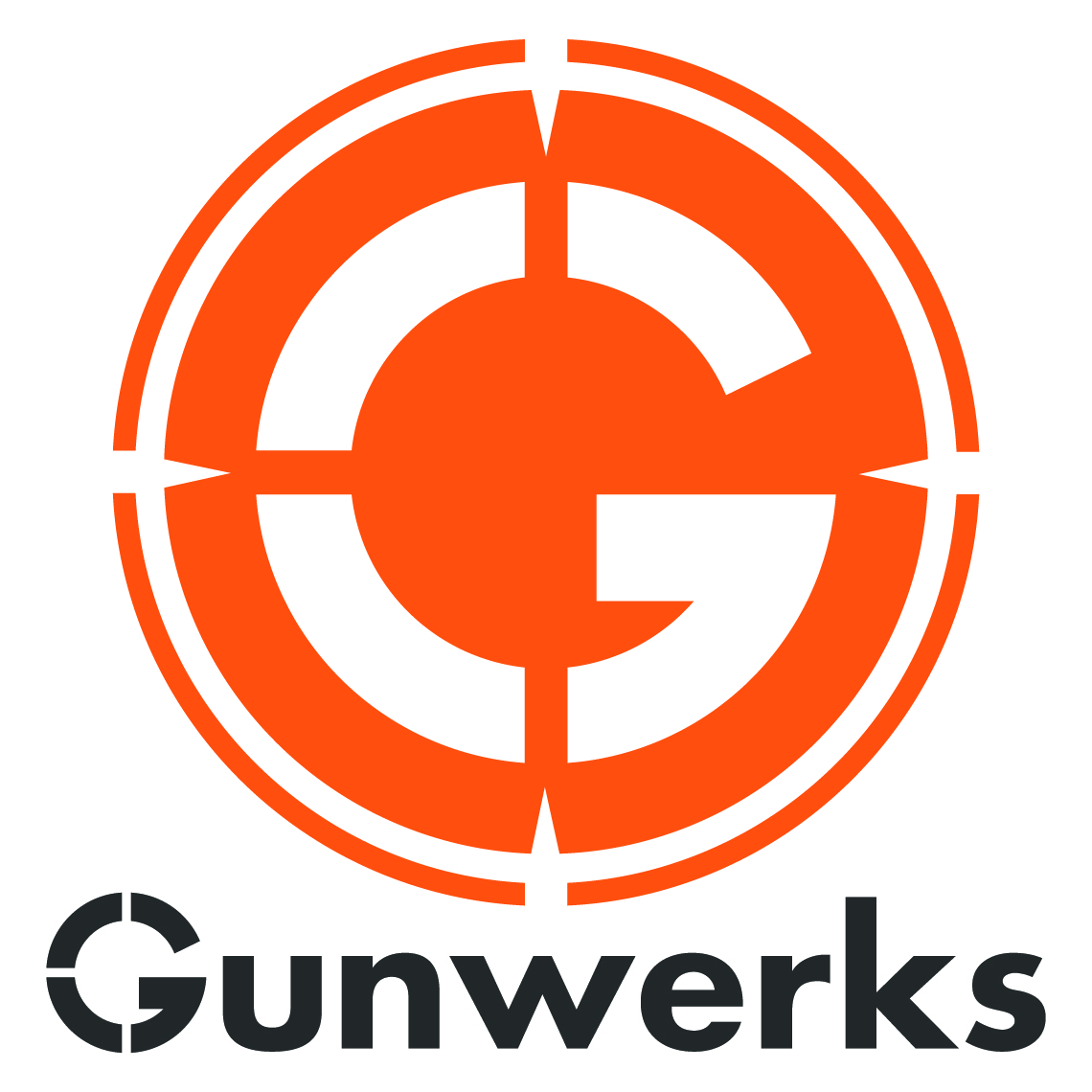 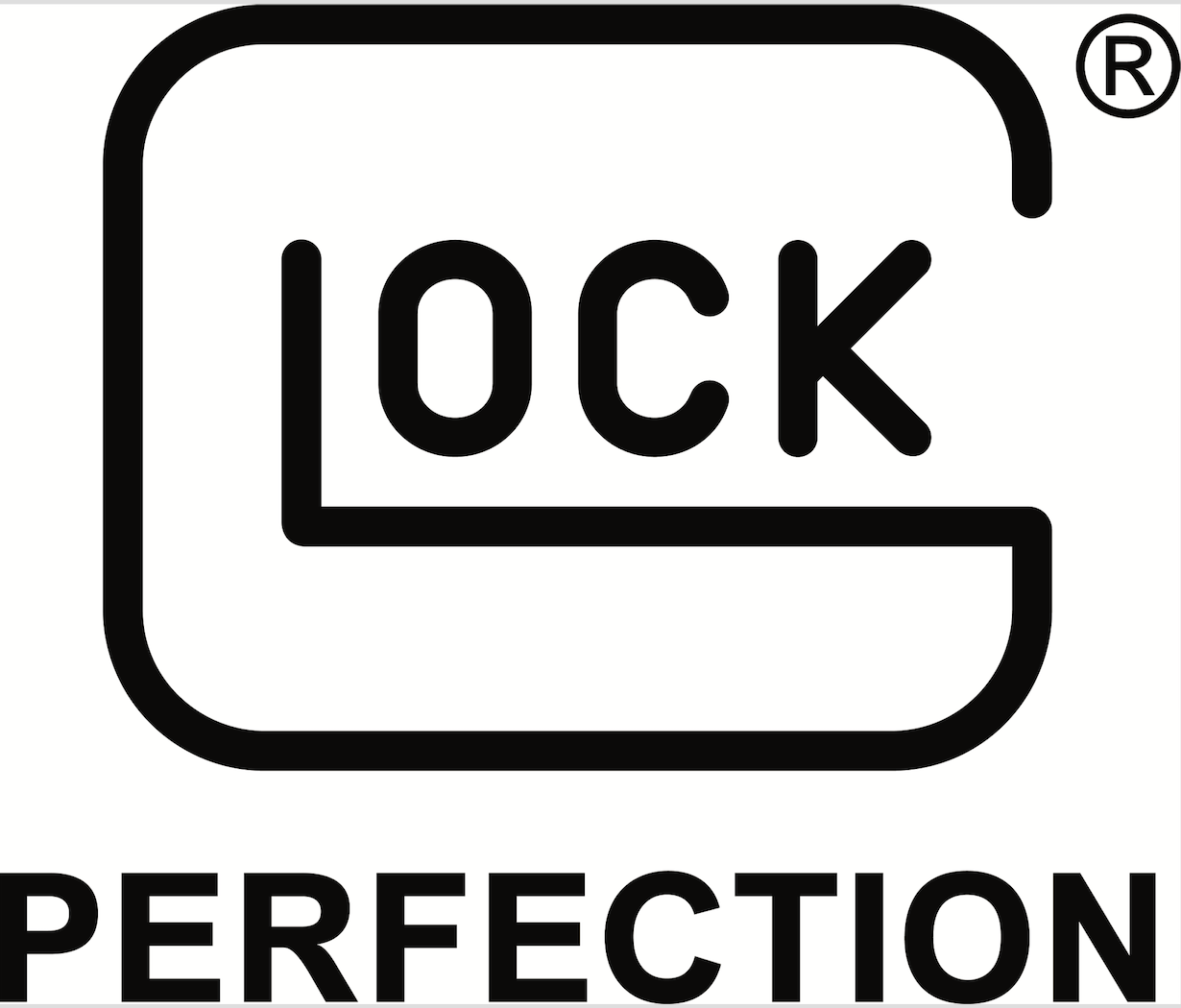 LA SPORTIVA is a SERIES SPONSOR for 2017

XS SIGHTS is a SERIES SPONSOR for 2017 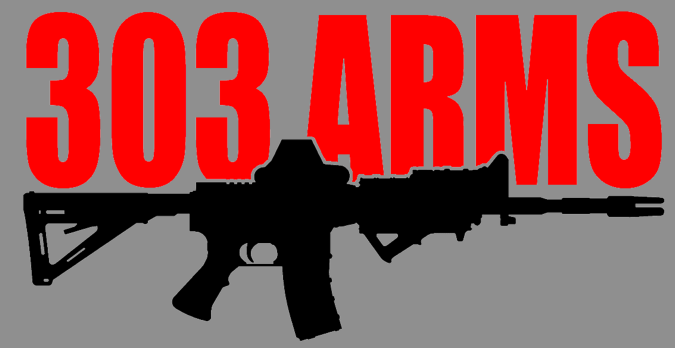 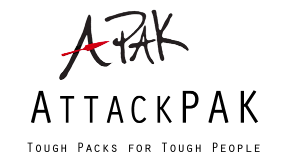 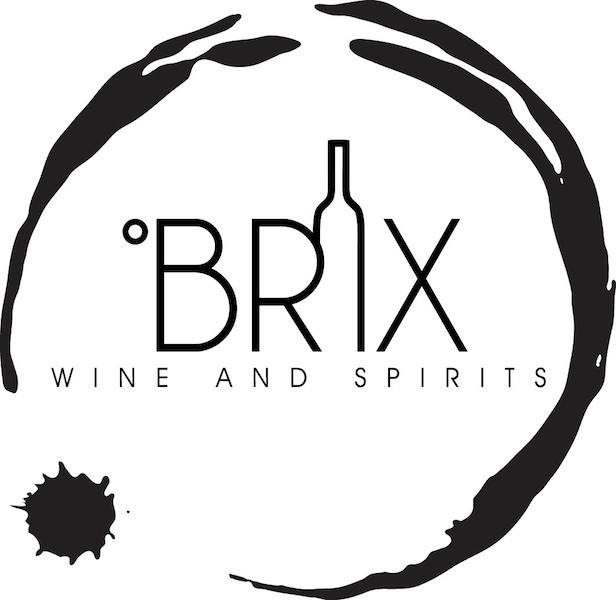 LAPUA is a SERIES SPONSOR for 2017 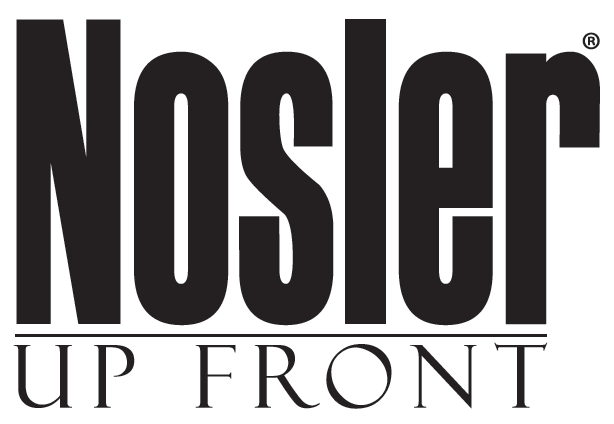 NOSLER is a SERIES SPONSOR for 2017

SIERRA is a SERIES SPONSOR for 2017

TACTICAL MEDIC is a SERIES SPONSOR for 2017
LOCATION

This match will have three divisions that will be scored completely separately:

OPEN rifles may have any number of optics and any muzzle device.
OPEN pistols may have optics and ports/compensators.
LIMITED pistols follow the USPSA definition (ie, no optics, no comp/ports).
LIMITED rifles may not have any optics - iron sights only.
PISTOLS must be 9x19 minimum.
RIFLES must be 5.45mm / .223 / 5.56 minimum.